When you are at the start of your pregnancy, all attention goes to the baby in your womb and the due date, the big date. As your obstetrician, I will also discuss your postnatal care with you, and make sure you are informed about breastfeeding, vaginal bleeding after birth, pelvic floor exercises, postpartum recovery and simple steps to avoid postnatal depression.
Obstetrics and gynaecology consultations at my private practice in Subiaco.

Delivering at the Labour Ward of SJOG Subiaco Hospital

Your baby and the fourth trimester

In order to navigate this eventful time as easily as possible, it is important to be as fit and well, both physically and mentally, at the end of the pregnancy as possible.

“Birth is not the end of the journey but rather just the start. That is why I believe that one of the goals is to keep the disturbance to your sleep patterns as minimal as possible. It means that we aim for a smooth and easy delivery as part of your birth plan.”

Postnatal care in the fourth trimester

Postnatal care initially focuses on breastfeeding. It will take around 72 hours for your milk to arrive and it is normal to feel a little anxious before it does. The fantastic postnatal midwives at SJOG Subiaco Hospital in Perth will guide you through this and specialist Lactation Consultants are available to assist if you have any difficulties.

Traditional postnatal care lasts for 6 weeks after your baby is born. By this time your uterus and pelvic organs are back to normal size.

“I will see you around the 6-week mark to discuss your experience, talk over any difficulties, organise contraception, ensure that cervical screening is up to date, screen for postnatal depression and plan any future pregnancies or care if there have been complications. Particularly unsettled babies may benefit from expert help at Ngala for new parents and newborns.”

I believe that you deserve the right level of postnatal support and care and as your obstetrician, I am available to help after your baby is born not just up to 6 weeks postnatally but also beyond that time.

The weeks and months after your baby’s arrival can be such an enjoyable time. However, some days might be challenging and tricky to navigate. Here, I’m sharing some tips and tricks for surviving the fourth trimester.
Breastfeeding and burning calories: The best food for a baby is breast milk. Breast milk will help provide passive immunity to viruses such as whooping cough (you will be offered a whooping cough booster in the third trimester to help this). Breastfed babies have a different gut microbiome than formula-fed babies. This may explain some of the reduced risks of allergies seen with breastfeeding. There is good evidence that if your baby is genetically at risk of being overweight or obese as an adult, then being breastfed for 6 months can reduce this genetic risk by 80%!

Through your pregnancy, I encourage you to maintain a good level of physical activity. Walking, swimming, hydrotherapy, yoga and pilates are all activities that pregnant women can do right through until delivery.

Finding time for this becomes even more important in second and subsequent pregnancies. This will reduce third-trimester aches and pains and greatly assist in the immediate postpartum recovery. Your body will guide you as to when returning to exercise is appropriate. Initially, rest is likely to be best. Most women will find that by six weeks they are ready to gradually return to their preferred physical activity.

Resumption of all normal activities will take time after the delivery of your baby. In the postnatal period, your libido is likely to disappear for a while. This is normal. It may take 6, 12 or 18 months to return to normal. A good night sleep or two will help enormously. While you are breastfeeding your estrogen levels are very low and the vagina will not have the same level of lubrication as normal. When intercourse does resume, take things slow, perhaps use a water or silicone-based lubricant and most importantly have a laugh, don’t take things too seriously.

Working on other aspects of your relationship is important during this time. It takes two people to create a baby and fathers benefit immensely from getting their hands dirty!

The happiest fathers are those who are most involved in their children’s care and the earlier this starts the better.

The textbooks say your bleeding will last about three weeks, one week with heavier red blood, slowing in the second week, fading to a brownish loss on week three before stopping. The reality is that bleeding may stop a little quicker than this if you are lucky or may last a little longer.

Patience is needed sometimes. The involuting uterus and endometrium are very delicate and easily damaged.

It’s critical to avoid postpartum D&C. Dilation and curettage is a procedure to remove tissue from inside your uterus sometimes performed when heavy bleeding occurs. Avoiding a D&C helps prevent an uncommon complication, Asherman’s Syndrome, which can compromise your future fertility. Sometimes an infection can develop in the uterus after birth, usually in the second week after your baby was born.

If you feel unwell, have signs of infection like fever or shakes, an offensive vaginal loss or much heavier bleeding than expected, you should call the labour ward and return there as soon as possible for assessment.

This is one of the most important aspects of all obstetric care and signs of anxiety or depression will be monitored throughout your pregnancy. Often “postnatal” depression is a continuation of depression present through the pregnancy. Diagnosing depression or other mood disorders in pregnancy can allow us to start the appropriate treatment early enough so that when your baby arrives you are feeling at or close to 100% and you’re more able to cope with the demands your baby will make on you.

This is where I consider it part of my role as your obstetrician to make the time and listen to how the changes affect your daily life, your relationship and how you feel about the journey. My patients tell me that it helps to feel that there is time to talk. It’s not just about the tests and your pregnancy as a process…it’s also about your emotions and your life.

We will make sure that we keep an eye on how you and your partner are navigating the emotions that come with expecting a child.

I work in close coordination with a number of Perinatal Psychiatrists who have experience in the management of anxiety, depression or other psychiatric or psychological illnesses than can occur in the postnatal period. If you have an existing mental health condition I will manage this in coordination with your existing supports. Often a preconception visit can allay any anxiety that may exist about falling pregnant and starting a family.

Not all pregnancies go smoothly: The postnatal review is a time to reflect on any difficulties encountered through the pregnancy, delivery or postnatally. If your pregnancy has been affected by growth restriction, pre-eclampsia, preterm delivery, gestational diabetes or other obstetric problems we will review factors that may have contributed and look at what can be done to reduce the risk to both any future pregnancies and your long term health.

You often hear people talk about the magic of childbirth. This extraordinary aspect of life is why I chose my specialty as an obstetrician and a fertility consultant. I consider it my mission to help you experience birth and the start of your new life with your child in the best possible way. During your pregnancy, we make sure we build trust and nurture a safe space to manage concerns and obstacles together. Postpartum care (in simple terms being there to support you after your baby is born) is an essential part of my role as your obstetrician.

As you are considering your options and as you are looking for the best choice in obstetric care, I recommend to always ask about this important part of the service, the support you receive after delivery and in those first weeks with your newborn.
Useful links
My obstetrics fees
All obstetric services
All gynaecology services
All fertility services
About me 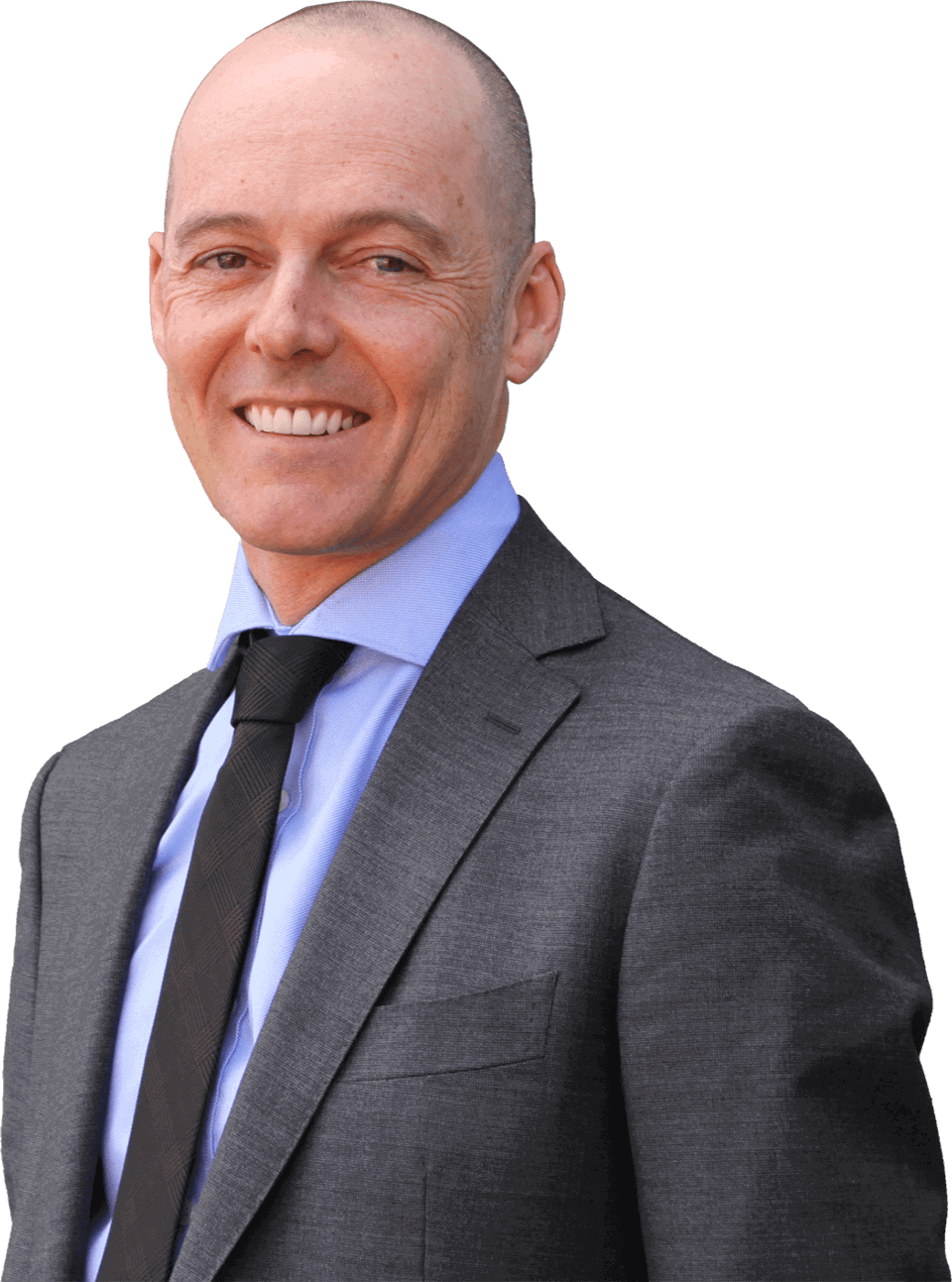 After my medical training at UWA, I worked in various Perth hospitals including Fremantle, Joondalup, Osborne Park, PMH and King Edward. I also worked in regional WA and in the UK. The final part of my specialist training involved a Reproductive Medicine Fellowship at KEMH and Fertility Specialists of Western Australia covering most areas of fertility treatment.

Dr Richard Murphy is consulting at:

Dr Richard Murphy is operating at:

Use the email form to send us a message